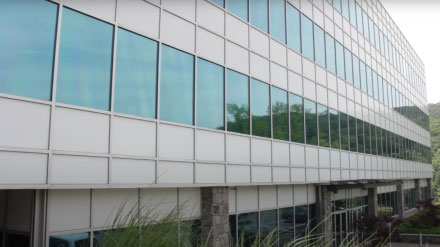 We Are A 3M™ Authorized Prestige Dealer

JAG Window Tinting & Treatments has demonstrated the highest level of knowledge and service within the 3M™ Window Film Dealer Network. We are recognized at a Premier Elite status and are 3M Certified, meaning that our staff has completed additional training and certification to demonstrate competency, knowledge and installation expertise. This is so we can better serve you. 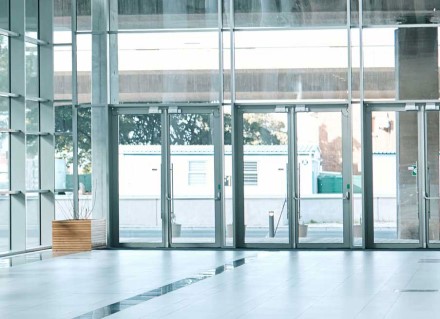 Imagine having a film that blocks heat, reduces fading furniture and floors and cuts glare—all without adding a tint to the windows of your office. While some light tints are available, 3M’s state-of-the-art Prestige Series of window film can be clear and still offer the ultimate in technology. Speak to one of our experts about the many options of 3M™ Sun Control Window Films. 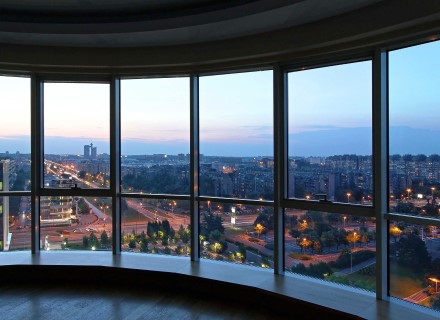 Enhance Your Office View, Even At Night

Dual reflective technology provides daytime privacy to your business while allowing easier viewing outside at night using 3M™ Sun Control Window Film, Night Vision Series. This film rejects up to 71 percent of heat coming through your windows while providing the best glare reduction technology. Learn how a Las Vegas museum enhanced the experience for its patrons with both Night Vision and Prestige Series. Reach out to us and learn more about this extraordinary film. 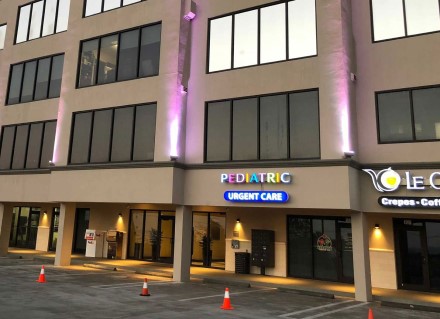 Outstanding Performance That Makes a Difference

Improve your home’s energy performance and comfort with the Ceramic Series. Nano-technology combines excellent heat rejection with outstanding clarity. This film allows 50 percent of visible light through your windows but is moderately tinted with little change to the look of your windows. Ask us how 3M film can improve your experience at the office. 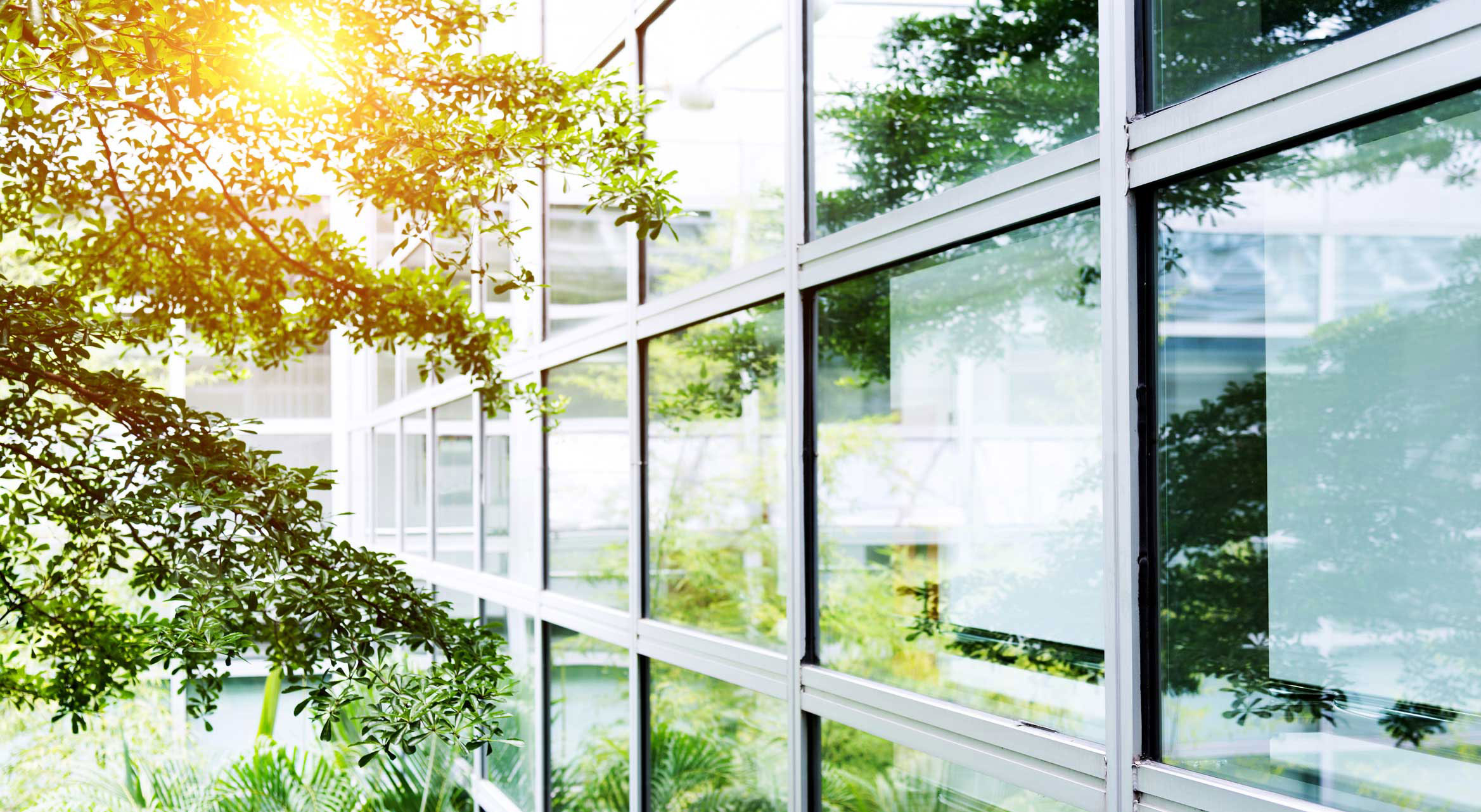 3M is the only window film manufacturer to offer a state-of-the-art Thinsulate™ Window Film designed to keep you cooler during the summer months and warmer during the winter months. According to the Department of Energy, nearly 40 percent of heating loss in commercial buildings is due to windows.

3M offers a variety of continuing education credits and information about LEED products.

“Beginning with the Russell’s estimate and continuing with the installation everything was done with an eye for detail and perfection! We are very pleased with the shutters in our living room, dining and kitchen and the blinds in two bedrooms. Their price is very reasonable and their service was excellent!”
– Cynthia

“James did a wonderful job guiding us through the process of adding plantation shutters to four rooms in our home. He also tinted a large window in our foyer that allowed too much direct sun into our home. The results are amazing, and the job was handled timely and professionally. We couldn't be more pleased. Thanks, James!”
– Sharon

“I went to another company and they wanted twice the price JAG did the job for, The work is excellent, very friendly employees and an over all great experience. From this day forward I will always take my vehicles to JAG and I highly recommend you do the same, you can get other quotes, but you will never beat their service or their workmanship.”
– Bob Chapman, Google

“Couldn't have taken my Mercedes to a better place. Love Love Love my window tint! I'm going to tell everyone about this place! My new window tint keeps my car so much cooler now in the Florida sun. Thanks again JAG, you are the best!!!!”
– Trudy Reiser, Google

“I just had my windows done at Cocoa Beach to keep the light away from the turtles. It is great. Not only did they do a great job, but the recommendation of the proper tint for my purpose came from James & it is great! Thank you so much.”
– Bickley Wilson, Facebook

“A+ service! JAG window tinting is a highly professional and friendly operation. I received a competitive and timely quote to get my house's window tinted. Due to my hectic schedule, I had to request an evening appointment, which was no problem. They showed up to my house even before schedule and got right to work. The finished results are outstanding. JAG is a family operation and the staff is very friendly and courteous. I highly recommend JAG auto tinting.”
– Sally J., Yelp

“Finally a professional window tint company with great quality service and prices. I have had several cars tinted over the years in Brevard county and it was always somewhat of a gamble, from bad attitudes to bad tint jobs. Not anymore, JAG tint installation was the best tint job I have ever had...great job, good price and no fuss. Thanks James.”
– Chris B, Yelp 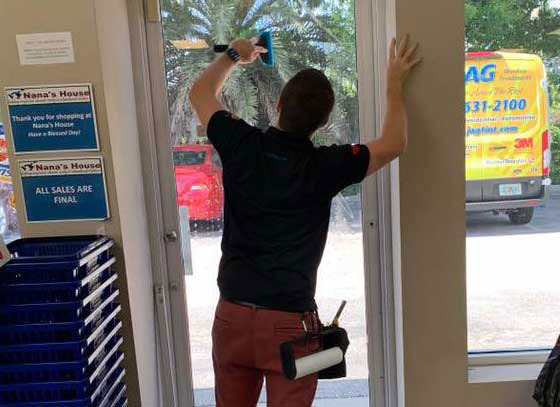 Book An Appointment With One of Our Experts

JAG’s full-time window film installers are certified by 3M to ensure the highest quality installation backed by the most comprehensive warranty from 3M, a company you know and trust. Our window treatment installers are also employed by JAG and highly trained.

Speak To One Of Our Experts

Have questions? We can answer them.